The Rona Tranby Trust is a not-for-profit, charitable organisation that supports the recording and preservation of Indigenous Australian histories. The Trust has established The Rona Tranby Award and Collection.

To date, the Trust has given 25 Rona Tranby Awards to support a range of projects across Australia. Each award plants a seed that continues to grow over the years and helps to preserve stories important to all Australians, strengthening identity & community

The Rona Tranby Collection is an ongoing, work in progress consisting of all the works that have been funded by the Trust, It is a repository of stories and experiences, managed with the approval and in collaboration with the Indigenous award recipient and their communities.  The collection will be a resource for Australians and also those from other parts of the world who would seek to understand our ancient land and broad cultural traditions. 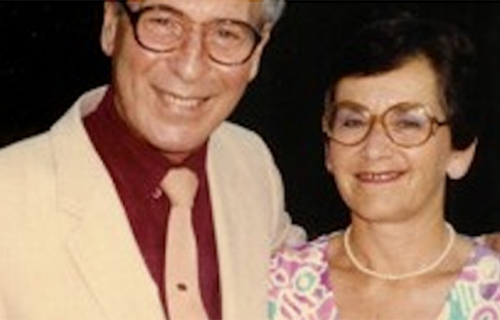 It was established from a bequest in the will of Thomas Rona. Tragically, Thomas and his wife Eva died in a car accident in September 1987. The Ronas were Jewish. They were Holocaust survivors and active members of the NSW Jewish Board of Deputies. Many of their family members were murdered in Nazi concentration camps during World War II. As a result of their experiences, they took a keen interest in raising awareness of the Holocaust, promoting inter-ethnic harmony and social justice, and supporting Indigenous communities.

In keeping with these values, the Trustees of the Estate engaged with Tranby and the NSW Jewish Board of Deputies, to set up the Rona Tranby Trust and develop the Rona Tranby Award and Collection.  It was set up to be run as a collaboration between these three entities.

Tranby National Indigenous Adult Education and Training, located in Glebe, was established in 1957. Tranby is Australia’s oldest, not-for-profit, independent Indigenous education provider. The College is a function of the Co-operative for Aborigines Limited and provides a range of educational, vocational training and social action services for the Australian Aboriginal and Torres Strait Islander adult student communities. www.tranby.edu.au

The NSW Jewish Board of Deputies is the officially-elected representative roof-body and voice of the Jewish community of New South Wales, with 61 major cultural, educational, welfare and religious, communal organisations as its constituents. www.nswjbd.org